For the last year, I have been wading into the swampy mess of American race relations. Like all good swamps, the water is murky, every step you take comes with danger of being attacked, and visibility is limited. But I’m still moving through it.

Now, I invite you to join me, white friends. Come on in, the water’s fine.

END_OF_DOCUMENT_TOKEN_TO_BE_REPLACED 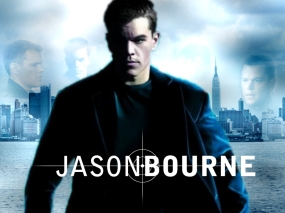 There is a new Bourne movie coming our way, and my wife and I cannot wait. Jason Bourne is one of my favorite action movie heroes for lots of reasons. He is humble. He never quits. He can do just about anything. And he is always the underdog, hopelessly outmatched, but able to find a way through. Aside from the character, the music always great, the acting is top notch, the cinematics are flawless, and the greater story arc pushes the individual movies. They are really great movies.

There is one type of scene which has featured in each of the movies about Jason Bourne, and it ties directly into Christian living: improvised weapons.

END_OF_DOCUMENT_TOKEN_TO_BE_REPLACED

Patriots and Exiles: Why #NeverTrump? 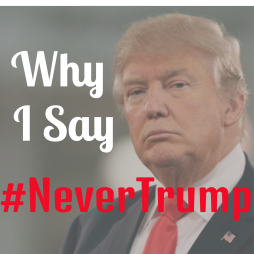 It seems that Trump has won the republican nomination. I know the game is not over yet. But after taking Florida as one of his 18 wins, he is no longer an unruly house guest overstaying his welcome, he now has more right to the space than anyone else in the room. He is flat-out winning, and no appeal to a divided voting block changes the simple fact of his clear and consistent march to victory. He keeps winning, which puts many people I know, love, and respect into the awkward position of voting for a man they detest in order to uphold the conservative principles of the party they love.

I don’t feel a hint of that awkwardness, though, because I can firmly, without hesitation, say I will never vote for a man like Trump. And I want to tell you why.

END_OF_DOCUMENT_TOKEN_TO_BE_REPLACED

I just finished a little facebook tussle, which is second on my list of ultimately futile activities, over status update I made about a hot button cultural issue, which is the straightest line leading to the second most futile activity known to man. In this little back and forth, it became very clear that I was wielding a sword in what the other person assumed was a pool noodle fight. In that scenario, neither person looks too bright.

But this kerfuffle brought a number of thoughts to mind as I reflected. The whole situation was interesting to me on a number of levels:

1. Should we speak? People love to speak, but rarely have something to say. Social media has given us the ability to speak, which has morphed into an obligation to speak. This cuts towards me just as much as it does to the other person involved. I deleted about eight different tweets about the topic I brought up, because it was far too big a topic for a tweet. So why did I keep writing them until I clicked Tweet? Because I felt compelled to speak, primarily because I was able to speak. For the person who responded to me, there was a compulsion to say something in response to my saying something, but a vague and indefinite fortune cookie maxim was all they had available at the moment. But if I was speaking to something much larger than I could reasonably address, and if the person responding had nothing of substance to say in response, perhaps we should both have just stopped typing.

2. Speak with conviction. The person’s initial response was vague, and the follow up responses were a mix of denying what they had vaguely said, backing out of the argument they started, and at one point saying they had no intention at all behind what they said. If there is no intention, why say anything? And the answer is simple – there was intention behind responding to my status update, but the intention lacked the fortification of conviction. Paraphrasing Stinger, The person’s rebuttals were writing checks his conviction couldn’t cash.

4. Humility should be attached to ambition, not knowledge. G.K.Chesterton, writing about a hundred years ago noted this new tendency for people to act as though pretending not to know something was humble. That is relativism, agnosticism, or laziness, but it is not humility. Humility is meant to limit our inner world, not write off the outer one.

5. Christians must speak with conviction. Have you ever had that moment when a group of friends are trying to decide where to go eat, and all of them, looking out for the happiness of the others, keep deferring to everyone else, who are all deferring to everyone else? All it takes is one person with the conviction of personal desire, and the Mexican standoff will end. Our culture is at one massive Mexican standoff, and we desperately need Christians to step in and bring the clarity, honesty, and peace that can only come through Christian conviction.

In summary: don’t speak unless you have both something to say and the conviction to bring others with you.

The Pastor as Doctor: A Reminder to Pastors 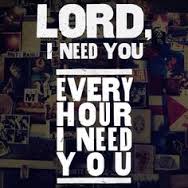 I once heard the story of a man who went into his doctor’s office. He told the doctor he needed help, because there was something seriously wrong. Everywhere he touched on his body gave him a shocking jolt of pain. The doctor asked him demonstrate, and watched closely as the man winced with every touch. After a few minutes, the doctor brightened, “Sir, you have a broken finger.”

It’s a silly story, I know. But I think it serves as a great illustration for one of the primary tasks of a pastor, we need to help people assess what is really happening when life is giving them pains. Far more importantly, we have to help them move towards the cure. Dependence upon God.

As I consider my duty to point people to the root of their issues, I think of a passage written by Eugene Peterson in his memoir, The Pastor.

In the secularizing times in which I am living, God is not taken seriously. God is peripheral. God is nice (or maybe not so nice) but not at the center. When people want help with their parents or children or emotions, they do not ordinarily see themselves as wanting help with God. But if I am going to stay true to my vocation as a pastor, I can’t let the “market” determine what I do. I will find ways to pray with and for people and teach them to pray, usually quietly and often subversively when they don’t know I am doing it. But I’m not going to wait to be asked. I am a pastor.

If we believe what we say we believe about who God is and how he works, we should be modeling, which is teaching, dependence upon God as the first step in any prescription.

If you are like me, you were taught that a college education was the key to your dream job, and your dream job was the key to everything else you want in life: a good salary, solid retirement, a happy wife, family vacations, and college funds for your kids. What everyone forgot to tell you is that going to college does not make you any more special than the other 1.8 million students who will graduate this year, which means your dream job may remain just a dream for quite a while. So how do you live life in the mean time?

END_OF_DOCUMENT_TOKEN_TO_BE_REPLACED

Living in Light of Eternity 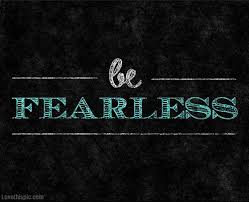 My life does not end at my death. That is the glorious reality of the Christian faith. Adam brought death into this world, and Jesus, the second Adam, absorbed death into himself, offering eternal life to all who find their hope in him. He is my only hope, and I therefore have the promise of life everlasting.

Eternal life is truth, and death stands as a small barrier over which we all climb into eternity.

Almost all people fear death, the great equalizer of all men, the fight no mere man can win, the great destroyer of hope, health, and happiness, the unspoken motivation for much of our world’s workings, the most certain end to the life which every man shares. Death. Death is the enemy of mankind. But he is an enemy on the long slow walk to his own death at the hands of the life of all men, Christ.

If this is true, what then should I fear in this world?

I think the only logical answer is that I should fear God. And my fear should be empowering. It should empower me to live a life marked by fearlessness of all lesser things than God. Which equals everything.

Should I fear failure? No, fear God.

Should I fear ridicule? No, fear God.

Should I fear disappointing those around me? No, fear God.

Putting fear in its rightful place propels me to try something new. I can let go of my fear, and when I let go, I am free to grasp tightly onto God. I am free to try things others deem risky. I am free to follow wherever my shepherd leads. I am free to run as fast as I can into the darkness of uncertainty with confidence in my stride.

Christian, Christ has taken your greatest danger and has made it into a door to your greatest good. Run towards that door with abandon. Cover as much ground as you possibly can, and try something great for God.

What is the worst that could happen?

Ravi is a hero of mine, and his response to this video is classic. “I will buy the ticket for him. One way.”

A Deadly Need in the Church 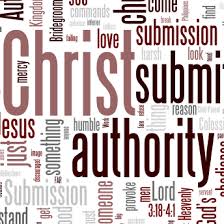 This post has a pretty limited audience. I am writing to pastors. I am calling you to work through some tough issues for the sake of the Millennials in your church. In case you do not know, Millennials are the young adults born between 1980 and 2000. Here are a few articles for those interested in learning about our habits in the workplace, our good points, our bad points, and our beliefs. We are an 80 million strong nightmare for most authority figures from the Baby Boomer Generation.

Those authority figures include pastors.

END_OF_DOCUMENT_TOKEN_TO_BE_REPLACED

Be More Judgmental. -The Apostle Paul

I agree with Kevin Miller’s assessment of Brian Maclaren and Rob Bell. I think he prematurely loops Donald Miller in with them unless he argues from the perspective of trajectory, which I would think a very fitting argument. Either way, Kevin Miller is experiencing the same push back any Christian feels when they call out another Christian’s actions or words as dangerous, lacking in wisdom, or out of step with the Bible. You hear the accusation coming from believers and unbelievers alike. It comes with both patronizing disdain and vicarious offense. It comes down in one word. Judgmental.

END_OF_DOCUMENT_TOKEN_TO_BE_REPLACED

Thom Rainer is the Founder and CEO of Church Answers