The Power of Reaching the Campus 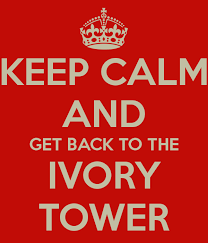 I heard something today that I wanted to share, because it highlights what I believe is the most untouched yet influential area of ministry undertaken by the American Church: the college campus. What follows is a quote from Albert Mohler, one of evangelical Christianity’s foremost thinkers.

[I]t’s hard for us to argue against that very fundamental assumption – that what happens on the American college and University campuses long-term far more important than what happens in Washington, regardless of which party is in control.

The reason for that is clear. On the American College and University campus, that’s where the issue of worldview is being hammered out. That’s where young people are developing the ideas that are likely to last for a lifetime. And if you win the battle there – the ideological, the worldview battle –you win battles that are far more consequential than anything that can take place in politics.

Ideas matter. I think of J. Gresham Machen’s quote: “What is today a matter of academic speculation begins tomorrow to move armies and pull down empires.” College campuses are the cage fighting ring of tomorrow’s cultural movement; it is long past time for churches to strap on the gloves and step into the cage.