Is Christianity Exclusive? Yes and no. 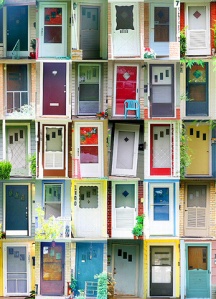 One of the most common critiques of Christianity in Western culture comes from an accusation of its inherent exclusivity. The cultural, social, and political elites of our age have judged the values of our time, and have thus decided to exclude exclusion from polite society. As such, a religion marked by one way, one truth and one light fails to open enough doors to include everyone. This anti-exclusive dogma is the most dangerous type of nonsense imaginable – nonsense turned common sense.

Therefore, I would like to explore two functional definitions of exclusivity followed by a response to the charge of Christian exclusivity as evil. Hopefully, what is common sense will be displayed as nonsense.

First things first – I think there are two types of exclusivity, and the distinction between the two is very meaningful.

In our culture, the label exclusive is meant to be a derogatory description, inspiring images of cold, hardened men barring the doors from honest and innocent people seeking friendship and mutuality. I believe this picture of exclusivity accurately portrays one of two brands of exclusivity. I think there have been, and are, groups who wish to decide upon and uphold demarcations between those who are In and those who are Out. This brand of exclusivity is marked by Outs who desire to enter the House of In, but cannot get past the locked doors. Worse, while on the doorstep, fumbling with the locked handle, the Outs hear the laughter and feel the derision of the Ins over their efforts to open the door. In this form of exclusivity, a small group of people have banded together to create a hierarchy of value and importance based upon their own, often unwritten guidelines which separate their little we from a larger and – in their eyes – undeserving they. Once the lines have been drawn, the Ins become the doorkeepers of their newly built house. That sort of exclusivity can be dangerous, and is worthy of examination.

There is another type of exclusion, though, and this type is far less malicious. This second brand of exclusion marks distinction of preference. In this situation, there is still a House of In, those who are In, and those who are Out. The difference is not the categories, but how they got there. In a healthy form of exclusion, an open door is the only barrier standing between the Ins and the Outs. The door is set into a particular house, and if you wish to enter, you are welcome to make yourself In at the exclusion of your being Out.  Your choice. If someone prefers to be In rather than Out, they may be exactly that. Christianity is in the second brand of exclusivity.

Every person in the world is welcome to enter the Christian House of In. Jesus built the house in the first century, and the doors have been open ever since. It is actually one of the most inclusive groups on the face of the planet. You cannot deny the inclusiveness of an organization whose singular standard for entry is a decision made by each individual. The only reason you are outside is because you have chosen not to enter. The difference between good exclusion and bad exclusion is not about the distinction of Outs and Ins; it is based upon the locus of authority which decides the Outs from the Ins.

Now, in our culture, there is a strong sentiment that Christianity is the wrong sort of exclusive. People feel like the doors are locked, but I don’t think Christianity causes the problem. I think people are the problem. Let me explain this with the illustration of a house, my house, with open doors. You can enter any door in my house that you wish, and I will welcome you there. However, if you attempt to come in through my wall, you will have a much harder time getting inside. Modern tyrants of tolerance do not want Christians to open more doors of inclusion; they want to tear down the walls of the structure itself.

If you start with the idea that distinction is evil, then you end up in chaos, because there is no possible way to live without distinction between friend and family, wife and coworker, boy and girl, guilty and innocent, right and wrong, etc. And this is the crux of the matter in the end – those resolutely eliminating exclusion must do so by excluding those with whom they deem overly exclusive. Distinction is necessary, and exclusion inevitable. The goal is to do them both charitably.