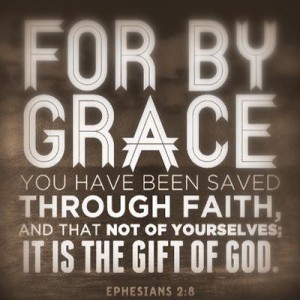 This is a copy of our latest Newsletter. I have changed the names of the people involved to protect their privacy. Please pray for them nonetheless.

This week is the beginning of a new chapter in our church planting efforts. Specifically, we are beginning to shift from building a network of relationships to building a church. Now, in case you don’t know, Christ is the one who promised to build his church, not church planters like me. Nonetheless, God uses people who are willing to help in the task of building his church. I want to share with you a story from yesterday, that shows what our work with Christ looks like.

Yesterday, I met Mark. I was at Starbucks, and he sat down next to me with his wife. I went back and forth with God over whether this was the time to start scattering seed, because I am not the type to start sharing the gospel with a stranger at a coffee shop. Finally, God won me over, and I asked him about the book he was reading. After that simple question, I spent the next three hours sitting and talking with Mark and Theresa.

Mark is a former youth pastor from the Assemblies of God, Holiness Tradition. Yet, from the time he was a teenager, he struggled with guilt as everyone told him he should not be sinning. His father, a pastor, told him not to talk about his sin. As a youth pastor, he was told “sin was not permissible” if he wanted to “keep his job.” Once, he confided in a pastor about his struggle to minister, because he felt spiritually empty. His pastor told him to “grow up, and stop being selfish – ministry is not about you.” As his struggle deepened, he took more and more pills to numb himself. For the last fifteen years of his ministry career he was convinced that God would send him to Hell because of his secret addiction to those pills. Finally, he reached a breaking point when he could no longer hide his addiction.

He became a fallen pastor.

For years, that was his identity. He had a very popular Christian comedy routine, and was fairly well known in our area. For years, when he and his family would go out to eat, pastors and their wives would stop at their table to express how disappointed they were with him and what had become of his career. They would tell him he had destroyed the church in the eyes of the youth. One pastor’s wife cried at their table lamenting the fact that he was one of those who had tasted God’s presence, but was now cast out for eternity. These were fairly regular occurrences, and they happened in front of his four children. He could not escape his sin. He felt nothing but guilt over his sin. And he was never offered grace.

As I sat and talked with Mark, my heart was broken over the pain this man had experienced at the hands of people who claimed to follow Jesus. His guilt over his failures is obvious. A few times he made a joke and laughed freely, and in those moments, I could see the real Mark – not the Mark who was constantly questioning his motives and apologizing for his sinfulness. I saw the Mark that was funny, witty, and full of life. I long for that Mark to be freed from the weight of guilt placed upon him by men without the truth, deceiving themselves by saying there is no sin in them (1John 1:8). Because those men never shared with Mark the simple truth of 1 John 1:9: If we confess our sins, He is faithful and just to forgive us our sins and cleanse us from all unrighteousness.

In our conversation, I was able to share God’s grace with Mark and Theresa. I shared with them the truth of a God whose love is greater than their sin. A God who looked on us in love, and came to die for us – not in spite of our sin, but because of it. We talked about how Christ took on our sin, so that we could take on his righteousness – since we have none of our own! I tried to share with him a picture of the God who loved us before we loved him, and who sent his son as an atoning sacrifice for our sins. I want Mark to see the grace that God has for him, over and above his sin.

Pray for me as I continue talking with Mark. I am calling him today to give him a book that dwells heavily on God’s grace offered to sinners like us. I will also be asking he and Theresa to come to our house for dinner next week. I prayed for the opportunity to connect with someone in order to share the gospel, and God sent Mark and Theresa to me. It makes me wonder who God might send to you, if you pray the same prayer.

Anyways, I came home from Starbucks after three hours when I was supposed to be writing this newsletter update. As I got out of my car, I laughed to myself and thought, “And I didn’t get to do any work at all.”  As I walked to my front door, I reflected on our time. Sharing the gospel of God’s grace. Building a new friendship. Drinking coffee. Praying with people in need.

Then, as I went inside, I thought to myself, “Actually, maybe I did.”