Polygamy – The Next Marriage Frontier 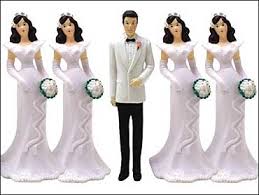 I watched a debate not long ago between a conservative pastor and a gay marriage activist in which the pastor was roundly dismissed for suggesting that the normalization of gay marriage inevitably leads to the normalization of any type of “marriage.” That prediction is coming true already. Watch this video of a polygamist family who will star in their own reality television show. The argument put forth by the wife in the white sweater for the normalcy of their lifestyle is the exact argument put forth by proponents of gay marriage.

The marriage wars have only just begun.

One thought on “Polygamy – The Next Marriage Frontier”