Science and Religion – Looking Under the Rock 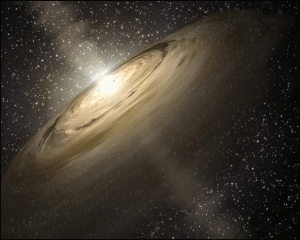 Let’s talk basics about the debate before we jump into the deep end. Religion and science both make claims of truth. Absolute, hard evidence kind of truth. Not new age I think, I feel, I believe, me, me, me, me stuff. Truth. This is not a big problem. Everyone holds to truth. Everyone except for nihilists, who don’t get what all the fuss is about and want to just be left alone – utterly and completely alone.

So, because every person does believe in truth, claiming truth is obviously not a problem. The problems come when truths disagree. In our modern world, when there are competing truths, the average person gives precedence to science, because rationalism tells us that truth can be verified, tested, and explained (if not replicated). I would simply like to point out that science does not have the power to explain everything. In fact, I intend to point out that naturalism is forced to borrow beliefs from theism in order to support itself. To do so, let’s start at the beginning.

Western Civilization has been in love with its own intelligence since the Enlightenment in the 18th century. It was at this time that a major worldview shift swept across Europe and the United States. People began to view reason as a path to the highest form of establishing and verifying reality. Rationale became the new ultimate authority on everything. Once this worldview shift was complete, there was a new thought that if it can be explained, it must be explained, and if cannot be explained, then it simply must not be. Now, because people became the new highest authority on everything, there was no room left for the old highest authority on everything, God. If God could not be rationally explained, then he must not exist. If God does not exist, then how did we get here? Now the world was primed and ready for the rise of Science.

Science, generally, is defined as the systematic accumulation of knowledge. The systematic format used is the scientific method by which someone (known as a scientist if and only if they have a white lab coat, affirm absolute disbelief in the supernatural, and deduce by inductive logic) studies occurrences in the natural world, makes an educated guess of what is happening, then tests that theory to ascertain the consistency of their hypothesis (the educated guess). That is how we have systematically attained all of our knowledge in the scientific world.

Now, there are a few things that need to be noted about the scientific method. First of all, the general scientific community makes the case that Christian presuppositions mar the results of scientific experimentation, because you cannot interpose the supernatural into the study of natural sciences. But this belief is contradictory with science itself. You see, science was started out of Christian impulses, and it continues to work and move within some of the Christian principles from which it was birthed. The primary example of this is displayed by scientist’s reliance upon facts which cannot be verified by their standard method of accumulating all knowledge. For example, scientists rely upon their belief in laws which govern how our world operates.

This reliance on law is not rationally based in any scientific study. Why is there any reason to presuppose that just because an event has happened regularly in the same manner that it will continue to do so? The only reason to believe this was born out of a worldview which saw God’s immutability, omnipotence, and immanence as foundational to the world we inhabit. The very nature of a law connotes order and the existence of some sort of plan. Science, the field of necessary naturalism, is living on borrowed capital from theistic underpinnings. To quote a great Christian educator and philosopher, R.J. Rushdoony, “The success of modern science is due to its ‘borrowed capital,’ because modern science is like the prodigal son. He left his father’s house and is rich, but the substance he expends is his father’s wealth.”

Scientists, the ones who are utterly unbiased and committed only to empirical truth (in their own minds, perhaps), make some big claims about metaphysical truth, but before we unquestioningly give way to the new religion of scientism, we should recognize that science operates on a foundation of non-scientific presupposition. Sometimes the rock forgets that it is being supported by the mountain.

In my next article I will pick one of the issues most hotly debated, evolution, and look at the various interpretations of the evidence by Christian thinkers.

One thought on “Science and Religion – Looking Under the Rock”