Of Cupcakes and Christians 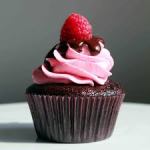 Last night I had a new heartbreaking experience as a father. I had to look my crying son in the face as I knowingly, and lovingly, broke his heart.

This story starts Sunday afternoon. My wife, Ali, came home from church with a cupcake for our oldest son, Emerson. He loves cupcakes. He rarely gets them, so he was understandably excited. We told him he could have the cupcake as soon as he ate his vegetables, which consisted of two carrots. Those two carrots stayed on that plate all day Sunday and all day Monday. Every time Emerson would ask if he could eat his cupcake we would respond, “as soon as you eat your carrots you can have your cupcake.” And still the carrots would sit.

Once Tuesday rolled around, Emerson’s vegetables had been exchanged for new ones. And still they sat. They sat on a plate on the edge of our table all day with a cupcake reward sitting just a few feet away. But they were never eaten.

Once Tuesday evening came, my wife and I were amazed at this display of willpower, because – this is an important fact – Emerson loves eating carrots. He had eaten carrots every day the week before, but that was before carrots became a condition of obedience.

Dinner on Tuesday night became our familial Rubicon. We told Emerson that at dinner time, he had to eat his vegetables (this time two pieces of squash and one piece of zucchini) in order to get his cupcake. Ali and I were so hopeful he would get to eat his cupcake. But we were worried, because we also told him we were throwing away the cupcake after dinner if he did not eat it.

Ali and I were heartbroken. We know how much he loves cupcakes, and we desperately wanted him to have it. But not at the cost of his obedience. His obedience and willingness to follow are worth far more than a single cupcake.

So I got him down from his high chair, and he followed me into the kitchen where he saw me pick up his cupcake. He cried. He stomped his feet. He screamed. He begged. But he would not bend his will.

So I reached over my frantic son and slowly dropped his cupcake into the trash can behind him. It was a heartbreaking night all the way around. And it taught me a few random lessons I want to share.

When we trust God as our Father, we can be sure our joy will be made complete – even if we have to eat our vegetables in the mean time.